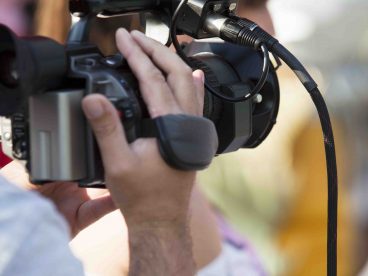 Strategic use of the media can widen the reach of your campaign. While there is no substitute for one-on-one outreach with low-wage workers, reading about the EITC and the CTC in the newspaper or hearing about it on the radio can reinforce information workers may have received from an employer, a child’s school or a community agency.

Media coverage of your campaign activities also can attract new partners and help recruit volunteers. Stories that feature working families that have been helped by tax credits for low-wage workers also can foster public support for assisting working families and individuals.

Create a media packet. A media packet should include a fact sheet explaining why the EITC and the CTC are important, why outreach is needed, who is eligible, and how workers claim their credits. It also should include a list of VITA sites, local participation data and a list of campaign partners. Try to provide brief stories illustrating how local families were helped by the tax credits. It is especially helpful to find families willing to talk to reporters about their experiences. Always get permission before sharing anyone’s name and phone number with a reporter.

Compile a media contact list. Identify the people at local newspapers, radio stations and television stations most likely to be interested in covering a tax credit story, including reporters assigned to human services, feature writers, financial or business editors, or personal finance columnists. There may be more than one good contact at larger news organizations. For smaller ones, the city editor or the assignment editor often will be your best contact. If you want to reach media statewide, include the state Associated Press.

Pitch the story from an angle the reporter or writer would find most compelling. For example, a personal finance editor might be interested in how VITA can save money for lower- income taxpayers or how the tax credits helped a working family put together the money to buy a car needed to get to work. A real estate editor might be interested in how a local family was able to reach its goal to become a homeowner by using the tax credits toward a down payment. Make special efforts to reach out to non-English language media. Families that primarily speak languages other than English often rely heavily on their own community media. Radio can be a particularly powerful tool. Work with community organizations that represent the audience you are trying to reach. Ask for their help in preparing news releases and identifying community leaders to be spokespersons. Tailor the news release to address issues of special interest to the target audience. For example, explaining that immigrants who are legally authorized to work can get the EITC may be the most important message for some communities.

Plan a media event to publicize the tax credits. A special event can help kick off your campaign, draw attention to new VITA sites, or advertise a new hotline number. Getting a high-profile public official or community leader to participate can help draw reporters to cover the event.

The setting for your event should help illustrate the purpose of the EITC and the CTC, as well as the goals of your campaign. For example, to emphasize that the EITC helps working families keep their jobs, hold the event at a local child care center and ask a parent to give a brief statement about how the EITC helped her cover the costs of child care. Develop a set of “talking points” so that campaign spokespersons are well-prepared for interviews with reporters.

Provide material for talk shows and the op-ed page. Pitch the tax credits as a great topic for radio or television talk shows, especially those that cover public affairs or consumer affairs topics. Large businesses, such as utility companies, often sponsor consumer affairs shows on public access television. Meet with the editorial board of the local newspaper to make the case for including an editorial about the value of the credits for low-wage workers. Or, submit an op-ed piece or opinion column. Write a letter to the editor to increase awareness about the EITC and the CTC. Print your message. Weekly or small community newspapers may be willing to print your flyer as an advertisement. Be sure the flyer includes a local phone number for more information and provides the locations of neighborhood VITA sites. Shoppers Guides and circulars that advertise in-store sales also are good places to run messages about tax credits for low-wage workers.

Air public service announcements (PSAs). Radio stations and local television stations may be willing to run PSAs about the EITC and the CTC. Some stations may want you to record your own PSA, but may be willing to help you produce the spot; others may prefer that you provide a script for the station’s announcer to read.

Purchase air time. Although PSAs run for free, stations seldom broadcast them at the most favorable times of day. Purchasing air time can be very expensive, but some Outreach Campaign partners have been able buy a limited amount of time and convince the radio or television station to match the purchase with additional time or a better time slot. In one community, a utility company had access to the television spot that ran right after the state lottery numbers were announced each evening. The company agreed to use the spot for an EITC message directed to all the viewers not lucky enough to have picked the winning numbers that night!

Use other high-visibility advertising methods. Billboard advertising should be eye-catching and messages should be very brief. Billboard space can be donated by local advertising agencies. Ads on public transportation, such as bus shelters, busses and trains, also are useful and transit authorities may be willing to donate the space. In some movie theaters, slides with local ads are projected on the screen before the film. Check with the theater manager to find out how a tax credit ad can be included.