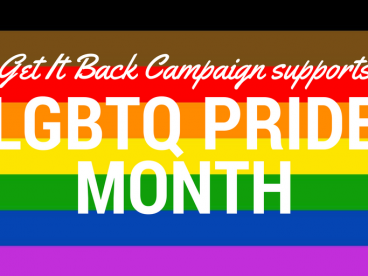 What Queer Folks Need to Know About Taxes

By Sam Park, 2017 Get It Back Campaign Intern Over 20 percent of LGBTQ (Lesbian, Gay, Bisexual, Transgender, and Queer) people earn less than $12,000 a year, and 29 percent of LGBTQ adults report food insecurity. Poverty rates are magnified with the intersection of orientation, race, being trans*, and gender identity: queer female couples are more than twice as likely to live in poverty than queer male couples; trans* individuals are four times more likely to live in poverty than the general population; and 34 percent of black trans* people live in extreme poverty.

Tax credits like the Earned Income Tax Credit (EITC) can provide relief for the disproportionate number of LGBTQ people experiencing poverty. The EITC is a tax benefit for working people and primarily benefits those raising children. With 82 percent of same-sex couples in the workforce and 37 percent of LGBTQ adults having had at least one child (and nearly half for LGBTQ women raising a child under 18), there is a need to focus EITC outreach efforts on LGBTQ taxpayers. In 2015, the EITC lifted 6.5 million people out of poverty and reduced poverty for 21 million others.

Unfortunately, some lower-income LGBTQ taxpayers are ineligible for the EITC and other tax credits for dependents because they do not have a “qualifying child” or “qualifying relative,” based on the IRS definition. Often, qualifying children and relatives must be legally related to a taxpayer. Although there are adoption tax credits, many LGBTQ people are unable to adopt their children because of state laws.

In recent years, tax filing has changed immensely  for LGBTQ families. While deductions can be taken for transition-related surgeries and HIV care, and same-sex marriage is legal in all states, there still is much work needed to achieve equitable reforms in our tax codes.