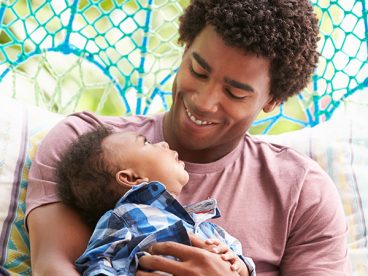 The Earned Income Tax Credit (EITC) and Child Tax Credit (CTC) are powerful tools that reduce poverty among children and families, including fathers. In 2012, 13 million fathers received the EITC or additional CTC.

When fathers claim the EITC, the entire family benefits. The EITC keeps children healthy and school-bound, and even improves school performance and test scores. These effects can be seen as families grow: the EITC boosts college attendance and even benefits the next generation through higher earnings.

Because legal custody is more often awarded to mothers, sometimes fathers are overlooked during tax credit outreach efforts. However, parents don’t need legal custody to claim their children for the EITC, as long as they meet the eligibility requirements. Additionally, fathers who cannot claim a qualifying child may be eligible for an EITC for workers not living with children. Times are also changing: since the 60s, the number of single father households has increased nine-fold.

With the wealth of research indicating the EITC’s benefits for families, it’s important to remember that fathers can also claim the tax credits they’ve earned.