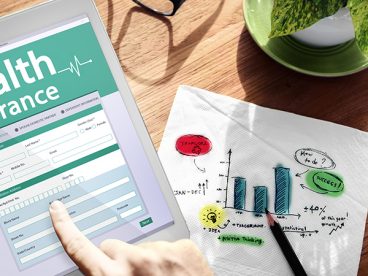 *Cross-posted from Off the Charts People who don’t get coverage from other sources, such as their employer, Medicare, or Medicaid, should examine the plan options at healthcare.gov (or their state’s exchange) and select a plan by December 15 for coverage beginning January 1.  (Everyone has until the January 31 end of open enrollment to sign up, but those who wait until after December 15 won’t have coverage until March 1.)

Most people — 84 percent — who have coverage this year through the federally run marketplace receive subsidies that offset their premiums, and thousands more current participants are expected to receive help in 2017.  That’s because premium tax credits rise when the cost of the second-cheapest silver-level plan in an area does, so people eligible for credits still will pay no more than a set percentage of their incomes toward the cost of their premiums.  Nearly three-quarters of returning marketplace enrollees will be able to get a marketplace plan for $100 or less per month in 2017 once premium subsidies are factored in; 65 percent will be able to get a plan for $50 or less per month.

In addition, about 2.5 million people who are buying individual-market plans outside the marketplaces have incomes that could qualify them for premium credits if they enroll through the marketplaces, according to a recent federal estimate.  More than 100,000 residents in each of six states — California, Florida, Illinois, North Carolina, Pennsylvania, and Texas — fall into this group.

People with incomes up to 250 percent of the poverty level (less than $29,700 for an individual in 2017) can also qualify for additional federal subsidies that reduce their deductible and other cost-sharing charges — but only if they sign up for a silver-level plan through the marketplace (or their state’s exchange).

Health reform has given consumers in the individual health insurance market many new protections.  Insurers can no longer deny coverage or charger higher premiums to people with health conditions, and they’re limited in how much more they can charge older people compared to those who are young.  And consumers can much more easily compare plan options by using tools such as those at the federal marketplace website.

Challenges remain.  Individuals eligible for marketplace subsidies, particularly those with moderate incomes, need more help to ensure that coverage is affordable.  People who don’t qualify for marketplace subsidies must shoulder the impact of rising premiums themselves.  An estimated 2.5 million uninsured, low-income people are in the Medicaid “coverage gap” because they have incomes too low for marketplace subsidies but their states haven’t expanded Medicaid under health reform.  Insurers have had more trouble than expected pricing their plans accurately and adapting to the expanded individual market.

These challenges deserve attention, but they shouldn’t deter the millions of people who would benefit from buying coverage through the marketplaces from signing up during open enrollment.