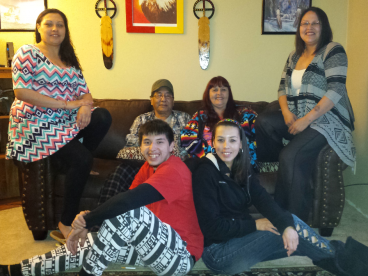 By Jayanthi Ragubathi, 2016 Get It Back Campaign Intern Oweesta helps create opportunities for Native people to establish wealth and economic independence by addressing economic barriers in Native communities, such as lack of capital and financial infrastructure. They provide training and lending for community development financial institutions and publish a range of resources, including guides on claiming the EITC and running an EITC outreach Campaign.

Robin Williams is one of the many community members Oweesta has helped to become financially stable through asset-building.

Robin lives on the Leech Lake Reservation in Minnesota and dreamed of owning a house, but believed mortgages were too difficult to get for Natives residing on a reservation. When Leech Lake Financial Services (LLFS) offered a “Credit Building on the Rez” seminar, Robin signed up anyway. Through learning the basics of credit, she realized homeownership was possible, if she made a few changes. Later, she attended the “Building Communities: Financial Skills for Families” course also provided by LLFS, where she learned about budgeting, saving, and banking.

She bought a car with a low-interest loan and made every payment on time to improve her credit. She worked hard at her job and changed her spending habits so she could create savings. Only 24 months after the LLFS courses, she was approved for a home loan. The skills Robin learned allowed her to build her credit, get a loan, and purchase her first house. “My family and I are living in a home I bought. I never thought it was possible, but it is possible because I am living proof. Small changes made a huge differences.”