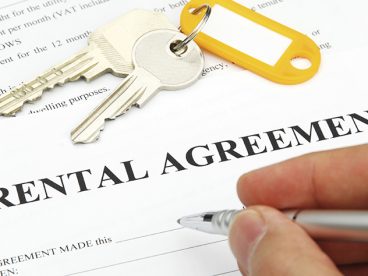 Federal Rental Assistance from the U.S. Department of Housing and Urban Development (HUD) helps about 2 million working-age, low-income non-disabled families pay for housing. Households typically pay no more than 30 percent of their income for rent, helping them to avoid homelessness or other kinds of housing instability.

A majority of these 2 million households, 58 percent, worked in 2016, and are likely eligible for refundable tax credits like the Earned Income Tax Credit (EITC) and the Child Tax Credit (CTC). Over several years, even more households receiving rental assistance are likely to qualify for these credits.

These tax credits help lift families out of poverty by supplementing the earnings of low-wage workers, including families who receive federal rental assistance. The average EITC for a family with children in 2015 increased household income by about $265 a month. Together, Federal Rental Assistance, the EITC, and the CTC help ease the burden of rental costs, leaving families with more money for food, health care, work-related travel, child care, and education expenses.

Over 923,000 of the households that receive HUD rental assistance have at least one worker, have children, and make less than the EITC income limit for a single parent with one child ($39,300).

In 2015, 7.5 percent of EITC tax filers were living in public or assisted housing, according to an unpublished CBPP analysis of the Census Bureau’s March 2016 Current Population Survey.

Unfortunately, three out of four eligible renters don’t receive rental assistance. For renters who are seriously hampered by the cost of housing and stuck on long waiting lists due to insufficient funding, the Earned Income Tax Credit (EITC) can provide some relief from burdensome rent costs.

In 2015, over 6.5 million low-income, working renters spent more than 50 percent of their income on rent. Although it can’t completely bridge the gap left by the lack of rental assistance funding, the EITC is an important lifeline for working households that are still struggling to make ends meet.

Finally, 31 percent of working, low-income households with severe cost burdens, and 26 percent of working HUD-assisted households, don’t have children. This population is at a disadvantage when it comes to the EITC, eligible for a maximum credit worth only $42 a month, and subject to a more stringent income limit. The childless, cost-burdened renter population can benefit from an expansion of the EITC to help make their everyday expenses, including rent, more affordable.