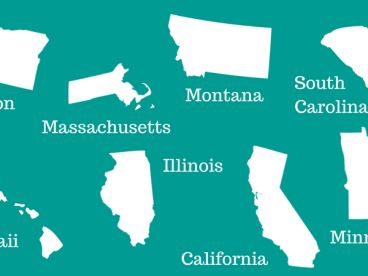 2017 has been a historic year for state EITCs, with multiple states either enacting new tax credits or expanding existing ones. State EITCS build on the work of the federal EITC, by offering additional support to low- and moderate-income families. Most of them are a percentage of the federal credit, making them easy and cost-efficient to administer.

In the beginning of May, both South Carolina and Montana passed legislation to create state EITCs. South Carolina’s nonrefundable credit worth 125 percent of the federal EITC will be available in 2018, while Montana’s refundable credit will be 3 percent of the federal credit starting in 2019. The two states were the 27th and 28th states to pass a state EITC.

In the beginning of June, California expanded the state’s EITC for workers making under $22,000 a year as part of the state’s 2018 budget. Before the expansion, the income limit for the state EITC was capped at $14,000. California is one of few states that does not offer a state EITC that is a percentage of the federal credit. As part of the expansion legislation, self-employed workers are now eligible for the state credit, and funding is designated for EITC outreach activities.

On July 7, Illinois expanded the refundable state EITC from 10 to 18 percent. The increase will take place in January 2018, with a 14 percent retroactive state EITC available for 2017.

Hawaii became the 29th state to enact a state EITC on July 10. The nonrefundable credit worth 20 percent of the federal credit will be available in 2018.

In addition to state EITC expansions and enactments, three states recently passed legislation to expand EITC uptake. Oregon passed a bill that requires every Oregon W-2 to include language explaining both the federal and state EITC and informing taxpayers that they may be eligible for the credit.

Minnesota is the first state to reduce the minimum age requirement for taxpayers without children from 25 to 21. The state also will allow Native Americans’ on-reservation earnings to qualify for the state credit.

Last week, Massachusetts passed a bill to expand EITC access to survivors of domestic violence and abandoned spouses. Before the change in tax law, survivors could only claim the EITC if they filed joint tax returns with their abusers.