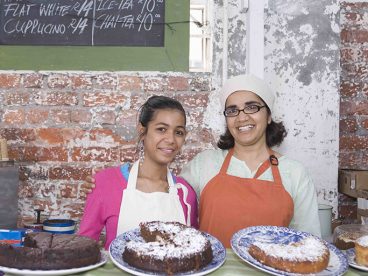 By Ted Sorrell, 2016 Get It Back Campaign Intern January 29 was the 10th Anniversary of EITC Awareness Day. Get It Back partners celebrated by posting blogs, holding events, and releasing videos highlighting the benefits of the EITC.

1. Rachel Richards of the Michigan League for Public Policy shared the top ten ways the EITC keeps money in your pocket.

2. New Mexico Voices for Children described how the EITC and the state’s Working Families Tax Credit can make life easier for working families.

3. Tax Credits for Working Families released a video illustrating how the EITC can help young workers.

4. Utah State University Extension released a video with tips on what to do with a tax refund.

5. As part of their Week of Action, CFED shared how “We Can Make America’s Greatest Anti-Poverty Tools Even Better” and identified five actions outreach partners can take. 6. At a press conference, CA$H Maine announced its 2016 goals to increase the number of workers claiming the EITC by 5 percent and grow the number of tax filers who save some of their refund by 10 percent.

Their event was featured in Go Local Worcestor. 8. A local news channel covered the opening of the North Texas Area United Way’s VITA site in Wichita Falls and reported the benefits of the EITC and how VITA can help workers claim other tax credits they qualify for.

A VITA site opening is a great time to garner media coverage that helps promote the EITC and free tax help throughout your community.

Did we miss your EITC Awareness Day celebration? It’s not too late to let us know what you did! Connect with the Get It Back Campaign on Facebook for inspiration and shareable resources to bring attention to the importance of the EITC year-round.